It’s a wet and grey-skied day in February when I visit the home of Lynn and Michael Christianson in Limerick city. Lynn is waiting for me in the drive as I pull in. Behind her, the front door is open. Beyond it, I can see three dogs straining over the puppy gate to see who has come to see them. Chester, Quinny and Luna are barking joyfully. Lynn beckons me into the kitchen, where Michael is preparing coffee. The dogs nudge under my arms, demanding attention and perhaps, sneaky treats. They quickly settle, and as Michael brings coffee to the table, Lynn begins to talk. 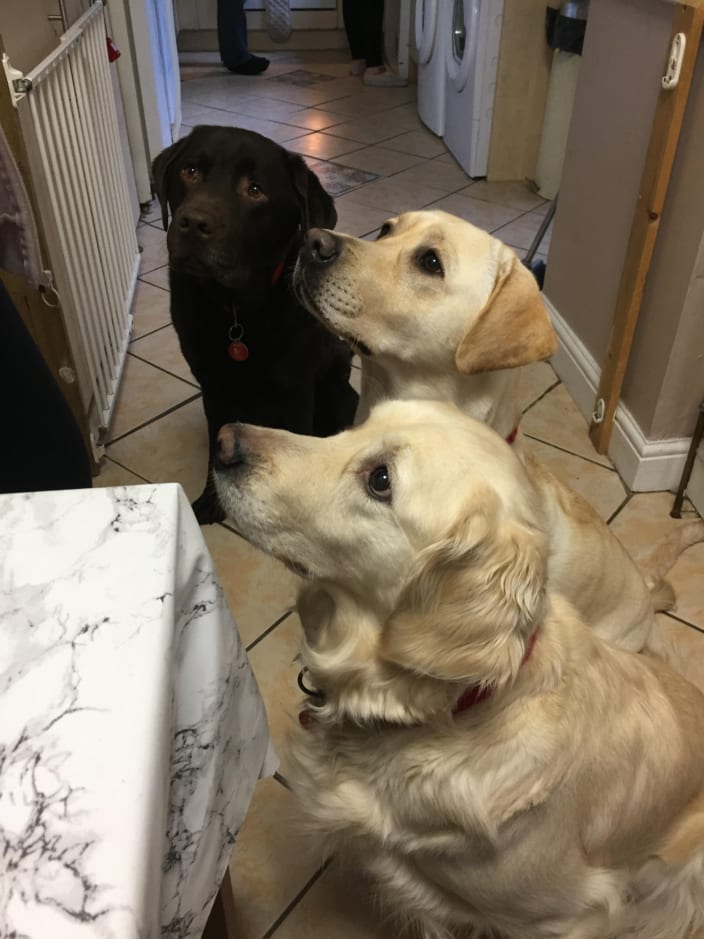 The Christiansons have been deeply involved in the work of Autism Assistance Dogs Ireland since their own son Ben was gifted Chester as a highly-trained autism assistance dog several years ago. Not your average Lab, Chester has made a world of difference to Ben, Lynn explains. The dog has been critical not just to Ben’s personal safety, but in the emotional support he brings.  Chester enabled Ben to cope with difficult environments such as shopping centres, where he would otherwise struggle to cope. Chester’s presence when Ben was struggling in public meant onlookers were less judgemental – something Lynn says is a sad reality for parents of autistic children. Chester also became a point of conversation with members of the public, making it easier for Ben to communicate. Although Ben is older now, he and Chester still share a deep bond.

Lynn and Michael provide an invaluable voluntary service to AADI. For the last few years they have taken AADI “brood bitches” into their home, where the dogs can have their puppies in comfort. It’s a monumental task, something the Christiansons do with passion. Both Quinny, a Golden Retriever, and Luna, a yellow Lab, have produced litters of puppies that have gone on to train as autism assistance dogs. Lynn and Michael have a massive impact on the puppies in their formative first weeks of life. All manner of visitors are welcome to the house to help socialise the puppies. Not only that, Lynn and Michael ensure the puppies are litter-trained before they move on to foster homes. Meanwhile, their attention equally lies with mummy, who is supported and pampered throughout her pregnancy, delivery and nursing. 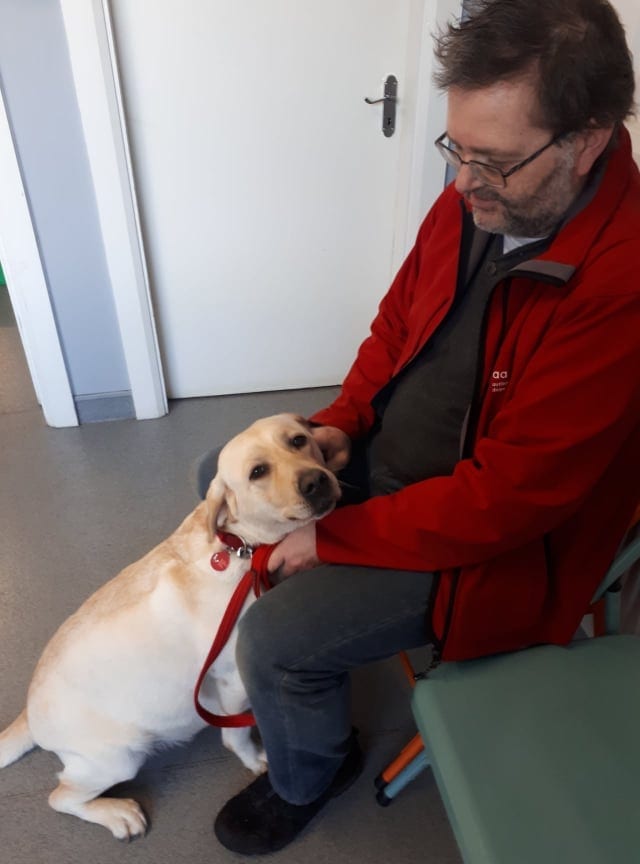 Luna is pregnant, and is expected to deliver shortly. She and her puppies will take over one of the downstairs rooms. Michael is busily making preparations: making improvements to the whelping box, getting in supplies of puppy milk and other necessities. Michael will sleep on the couch in Luna’s whelping room, both to offer support and to ensure he and Lynn will be there to supervise when Luna goes into labour. It’s an exciting time, but also very intense. For the next eight weeks, the Christianson family will be totally devoted to giving the puppies the very best start in life. AADI trust them with this task unfailingly.

In two short months, the puppies will move on to individual foster homes, where their training, overseen by the organisation’s puppy foster care supervisor, will continue to international standards. They will move between foster families every six to eight months so they are exposed to different people, places and situations. When the pups reaching fifteen months old, the period of intensive training begins. Successful graduates will wear a recognisable red vest and will have full access to public places. These precious assistance dogs will be paired with autistic children and their families.

The waiting list for autism assistance dogs through AADI is currently closed. There have been up to 250 children on the waiting list at times, and it has proved impossible for AADI to meet demand. The charity receives no government funding but the difficulty, says Lynn, is not just financial. It is always a struggle to find the right foster homes for the young puppies. Understandably given the pups’ future roles, the criteria to join AADI as a fosterer are quite a commitment, even though the fosterers will have the puppy in the care for a relatively short time. Another roadblock is the fear fosterers feel that they won’t be able to part with the puppy when time comes for them to move on. At that point, Lynn says, you have to think of the pup’s higher purpose. 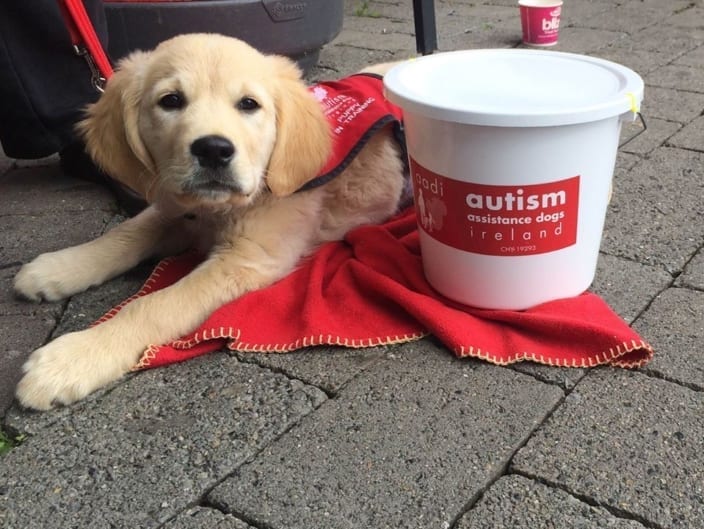 If you would be interested in fostering a puppy for AADI, the requirements are as follows: 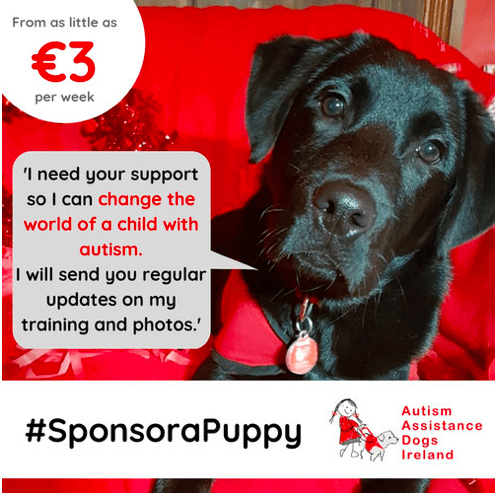 Check the website for information on how to sponsor a puppy for three euro a week. Or read about their current “Fifty Miles in March” challenge on the Autism Assistance Dogs Ireland facebook page. You can also follow Luna’s progress on the facebook page, as Lynn will be posting daily updates.

Back to Top
Close X